6 Exclusive Concepts To Inspire Your Next Angpao Design

“It’s only July, why are you talking about Chinese New Year Red Packets?”

Well, it’s fundamental that all brands and business owners understand the earlier one gets prepared for the new year's sale, the fewer things could go wrong at the last minute - especially when we’re going to talk about Red Packet design (aka Red Envelope, Angpao or Money Packet).

Do you know that the Red Packet design and development process could take up to 5 months: from brainstorming, ideation, conceptualising, designing, revising, and finalising to printing? So, it is always wise to begin early.

Ever heard of the quote,

To get you started on brainstorming and ideation, here are 6 Creative Concepts that could inspire your next Red Packet Design.

“All about the Zodiac”

The Chinese Zodiac concept is undeniably the most popular one of all. Since the olden days, the Chinese have practised the tradition of commemorating each Zodiac animal for their specific year. As there are 12 Zodiac signs that come in turn, every year becomes a unique and precious time to celebrate that particular animal.

In fact, many copywriters also utilize the homonyms of the zodiac’s name to come up with interesting and relatable Chinese proverbs and wishings to go with the red packet design.

Within the Chinese Zodiac concept, there are a number of different designs as well, such as cute, elegant, traditional and unordinary. Here are some of the examples that could ignite your creativity for your next Red Packet design.

In early 2022, CUBEevo Creative Advertising & Digital Agency brought in a bold and eye-catching tiger to feature on their red packet design. Unlike the customary red packets, they decided to use striking colours of pink-red and blue to give a unique twist to the tiger year red packet.

Head over to their Works page to get a better look.

Meanwhile, Shangri La Group went with an elegant design featuring a tiger's face. Interestingly, when you pull the tiger tail on top of the packet, you can control the eyelids’ of the tiger, making it blink at you.

While the Chinese Zodiac concept is auspicious, some may choose to be eccentric by opting for a concept that’s more related to their business. To put it in simpler words, it’s a concept that plays on the specific industry or business one is in.

Heritage Foods houses Angel Brand, Woh Hup, Hamadaya and Salam under their enterprise. They are one of the most established Asian food condiments, so they have decided to dive into the Chinese food tradition for their 2022 red packet design. By engaging with CUBEevo, a creative agency’s artistic sense, their red packets were made to mimic the shape of the Chinese Treasure Box (八宝盒). Opening the packet is like opening up a box of fabulous delicacies that symbolises good health, luck and prosperity.

McDonald’s red packet took a twist on the Chinese Zodiac and their own specific related business. They had integrated a tiger hiding in their food products.

RE&S Enterprises, who owns a number of Japanese restaurants under its umbrella, infused Japanese food elements such as ebiko and ramen into their Red packet design.

As the name suggests, the concept of the Mascot Parade showcases the brand’s mascot on the red packet design. This concept is especially effective to reinforce your brand for easier brand recognition.

As shown in the examples below, Foodpanda used a straightforward approach to display the cuteness of its mascots.

Since Chinese New Year is a historical festival, it is always great to incorporate the traditional elements into the red packet designs. This includes the elements of Chinese culture, heritage, folklore, auspicious animals as well as mythological beasts.

Inspired by the interesting stories, Times China featured the big 5 mythical creatures of Chinese Ancient Folklores: the Chinese Southern Lion, the Qilin, the Phoenix, the Chinese Northern Lion and the Dragon on their 2021 CNY Red Packet.

Similar to Times China, Bracom Agency from Vietnam took inspiration from the Vietnamese mythical creature, the Unicorn, to design their red packet for Tet holiday (Vietnamese New Year). Bearing some physical resemblance with the Chinese Lion, the Vietnamese Unicorn is also a ferocious mythical beast that is believed to bring fortune and luck.

Digi’s 2019 CNY Red Packets featured a number of auspicious and traditional elements in their illustrations. The 4 keyframes that lead to the series are Chinese Knot, Peony, Coin and Lantern. Beautifully intertwined inside the design are the cultural traits of the Lion Dance, Embroidery, Paper Cutting, Traditional Pastries and Family Reunion Dinner.

One other way to catch the eyeballs of the consumers is to create fun and quirky red packets. This is where you can throw all the restrictions and rules out the window and let your creative juices flow. Incorporate funny puns, pop culture elements, or some modern languages from the Urban Dictionary to make your red packet fun and interesting. Not only that, but you could also play around with the shape, size and die-cut of the red packet. Life is too short to be dull and boring!

Blessedly utilized a ‘scroll’ concept for its red packet. This way, the elderly could insert more money for their children.

The Chinese idiom, “如虎添翼” can be defined as a tiger with added wings, which further signifies strength and power. However, designers Kwok Jin Xin & Ong Lyn-Hui did not just play with the words as they literally gave birth to a Flying Tiger Red Packet that totally brings the traditional red packet up to another creative level.

Have you ever been bombarded by all the “redness” of CNY, where everything and everyone everywhere you look is in red? To the point that you get sick of the colour red?

Well, it’s time to bring out the unconventional colour palettes! Do note that certain colours are considered bad luck in CNY, so be sure to avoid colours like black and grey. On the other hand, gold, yellow, orange and pink are considered compatible colours with red.

With the concept of “A Muse by the Sea”, K11 Musea, a shopping mall in Hong Kong, introduced a premium and classy Red Packet design in 2022. Dipped in rich gold colour and fluid patterned box, their money packets played around with deluxe palettes such as maroon, peach pink, mint green and dark green.

Dencell approached their 2022 Red Packet with a vibrant geometrical concept that is unique and eye-catching. Although the colour black has been said to be bad luck, the designers were determined to utilise it. As a result, the black edition is one of the most popular colours among consumers.

In summary, a distinctive and spectacular Red Packet Design should incorporate the combination of art, craft, design, original ideas, and techniques, paired with suitable materials and finishing. In the Asian community, it is a symbolic representation of Chinese culture, history and heritage. Thus, it should be taken seriously and with respect. Ultimately, it is always wise to approach a Red Packet Design Agency for their professional advice and help. In fact, some agencies also provide Creative Raya and Red Packet design services along with Money Packet printing services. Hence, you could settle all your Red Packet needs in one place without any hassle. 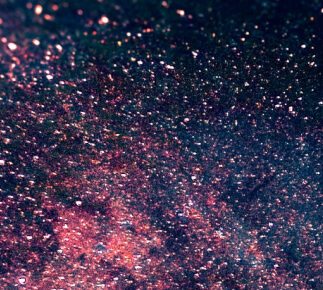 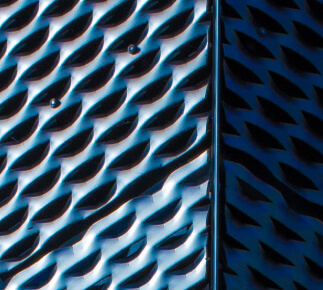 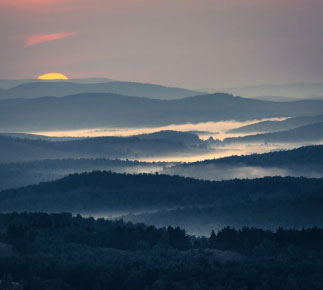 Brand Identity: Why Every Business Needs One to Succeed

Let’s create something amazing together.
Get Started

We offer a 1-stop creative solution to suit your vision and budget.
Complete a simple, easy-to-fill form below and we'll give you a quote for our solution.
Branding
Advertising
Website
Packaging
Video
Prefer to reach out directly?
Drop us a message at hello@cubeevo.com and we'll get back to you.
Works
Expertise
Insights
Contact
Career
Please rotate your device for better display.