We've all been there.

After spending hours or days searching for the right design agency, we end up with something that just seems terrible. In some cases, sure. The agency just didn’t follow through on the original plan. But other times, the clients themselves have played a larger role in botching their projects instead. The truth, however, lies in the fact that both sides had some faults at play. Although agencies have their own improvements to make… clients, on the other hand, can do the same to make future collaborations much better.

‍
‍
How so? Here are 7 mistakes you can avoid making when working with a design agency for your projects.

After several meetings, things will start kicking off as the agency begins working on your project until the next review date. But before that, the design agency you hired needs to get a clear, concise and detailed creative brief about the project. Obvious as it seems, many choose to ignore this by giving a rough outline instead.
‍
When this happens, both sides will suffer from project delays, frustration, and confusion. The clients will end up wasting their precious money all because the brief given was unclear. Although the agencies can dismiss this as a one-off bad project, but you’ll be stuck with a Frankenstein creation that you wished you’d paid more attention to.

So what can you do?
‍
Make sure you’ve covered the nitty-gritty things (objectives, timelines, concept direction & style, types of deliverables, etc.) to the overlooked details (icons, font types, colour guides, special elements and more).

After passing off the brief, all you can do is wait for the review date to come and discuss the necessary changes to improve upon what’s needed. But if the unexpected happens…Say, a change in the project’s budget, timeline or direction, communicate such things to the agency immediately.

‍
Oftentimes, miscommunication on important matters like timeline or direction changes could lead to delaying or devaluing the release of said product. After all, you wouldn’t like it if the design agency made significant changes to your project in the final version without you know now, would you? Hence, keep them in the loop on the important things in your project, because it not only helps them prepare for the worst, but it saves both of you all the troubles and worries you have at the end of the day.

A well-executed project takes time to develop and smooth out all the edges before you release it. Rushing people at the agency with unreasonable deadlines will affect the quality in the end, as they’ll be working under pressure to sacrifice the quality of their work to meet your deadlines. From there, any great work will only turn sub-par as they’re forced to ignore all the important and complementary details that could have made the project stand out from your competitors.

When that happens, it creates a ripple effect, which affects their work with other clients as well. They’ll then need to re-prioritize and reschedule important meetings to meet this deadline instead.

4. Coming Unprepared For The Review Stage

As the review date draws closer, the design agency will be actively preparing to present their work in the best light to clients. While they do that, you could also make some preparations of your own to help make the review stage smoother.

How so? This could be as simple as writing down important elements you’d like to see in your notes according to the brief. If you want to go the extra mile, you could have a checklist of things to tick off during the review stage. Moreover, if there are multiple key decision-makers involved, keep them up to date about the project’s goal, strategy, creative direction, message, etc.

What does poor feedback sound like? Here are some examples:

Giving feedback is important. But poor feedback like this will you get you nowhere with your project. Doing so will only leave the design agency frustrated as they constantly try to figure out what you really want from the project. Hence, avoid giving general comments that lack detail and reasoning, because the agency will be using up time on brainstorming when they could use that same time to work on improving the project itself.
‍
‍

Instead, be descriptive with your feedback by understanding why you don’t like it, by thinking about things like these:

By giving constructive feedback that’s backed by detail and rationale, progress is then made for both sides as the agency will now understand what improvements to make, while your project gets closer to your ideal version of the end product.

6. Being Too Involved With The Creative Process

I get it. It’s your project, and you have a right to be involved in the process as much as you want. But controlling every little aspect of it, especially each creative decision, while ignoring the agency’s advice can end up affecting the project negatively.

It’s not that you shouldn’t be involved in your project, but rather you need to have a healthy balance in your involvement. Instead, focus on the bigger picture and allow more flexibility. This gives the agency room to breathe and put out more creative and innovative ideas, that would possibly transform your project into a much better version of its own.

Although one can get too involved in the creative process, there have been other times when clients may choose to do the opposite. They present their brief to the agency and go off the radar by not returning any texts, emails, calls, etc, which puts their project and the relationship with the agency at risk.

With no proper feedback and guidance, the agency is left to the mercy of their own judgment. Even worse, some clients may choose to respond every now and then, but neglect the agency when they need their feedback the most.

So what happens? This pushes the project’s deadlines as the agency can only do so much when the key decision-makers aren’t around for the reviewing process.

At the end of the day, just know that agencies are here to give you something you’ll LOVE. They’re here to make your life easier. Anytime you find yourself having a hard time with them, just remember this simple phrase:

There are many more ways to go about working with a design agency, but avoiding these mistakes can be a good starting point for those who are new to the process, or have had their fair share of unpleasant experiences when working with one. 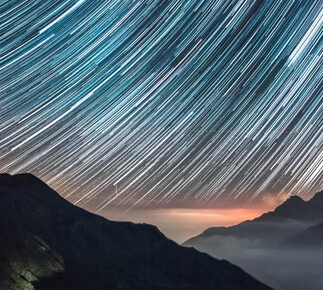 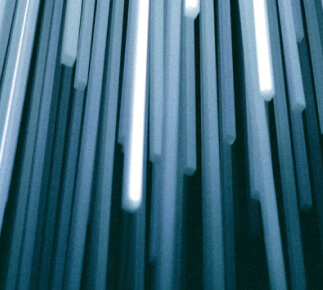 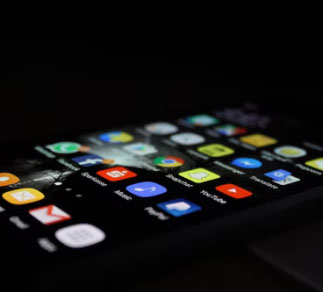 Let’s create something amazing together.
Get Started

We offer a 1-stop creative solution to suit your vision and budget.
Complete a simple, easy-to-fill form below and we'll give you a quote for our solution.
Branding
Advertising
Website
Packaging
Video
Prefer to reach out directly?
Drop us a message at hello@cubeevo.com and we'll get back to you.
Works
Expertise
Insights
Contact
Career
Please rotate your device for better display.